Cart ()
Sign in | Join
New here? Get $30
Home > PCB Knowledge > How to Deal Via Stitching for PCB High Current Traces?

How to Deal Via Stitching for PCB High Current Traces?

Many systems utilize a lot of power in their operation, and the circuit boards within these systems will need to conduct high current. However, if a board isn’t designed correctly for that level of current, it can fail either electrically or structurally. For example, a circuit board that doesn’t use enough metal to conduct the current through its power planes and traces may become too hot. This heat, if not distributed correctly, can affect the normal operation of components that are not designed for it. Eventually, the heat will create a domino scenario where more and more parts are affected, eventually resulting in the failure of the circuit board. 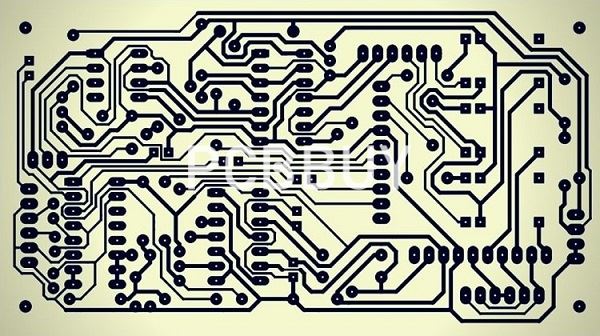 What are high current concerns on PCB?

Another example of the potential negative effects of high current on a circuit board is the physical failure of the board’s structure. The materials used in the fabrication of the raw circuit board will tolerate a lot of heat, but only up to a certain level. FR-4, which is the standard material used for PCB fabrication, has a glass transition temperature (Tg) rating of 130 degrees Celsius. Beyond that point, its solid form will become unstable and may begin to melt. Even before that temperature is reached, however, the heat may end up burning through any thin metal traces on the board, creating an open circuit like a blown fuse.

To avoid these and other high current problems, care must be used in how these circuits are designed in PCB layout.

What are the guidelines of via stitching in PCB manufacturing?

One of the important keys to routing high current circuits is to use a lot of metal. This can be done with wider traces, copper pours, and stitching vias. Stitching vias are used to join the routing of high current circuits on multiple layers of the circuit board. If a trace on one layer is insufficient to carry the amount of current that is needed, then the trace can be routed on multiple layers and stitched together with vias. If two different power layers have the same width trace on them for carrying the current, it will double the current carrying capacity helping to keep the board size smaller instead of having to space the trace out on a single layer.

Stitching vias do have some concerns to be aware of though. The first is that the high current traces will also be conducting heat. The stitching vias will absorb this heat, but the heat still needs to be dissipated through a thermal via to an external layer of the board for cooling. The stitching vias don’t have to be large, but there have to be enough of them to conduct all of the current and heat without being overloaded. You also need to ensure that you have provided an adequate current return path in your design. In some cases, multiple traces and stitching vias end up taking the place that was needed for a current return path and create a current loop instead.

Some other effective methods of conducting high current are to use wider traces and copper pours. If the traces aren’t wide enough to carry the current, there could be areas of high heat that could affect the board’s ability to provide the steady-state current requirements for the rest of the circuitry. This can impact the performance of other components as they push their maximum temperature constraints, and the entire board may fail to perform as intended.

There are a lot of different tactics that can be used when planning for high currents in your PCB design, and your PCB contract manufacturer can help you work through the different options.

What are the considerations of high current design on PCB?

It is an inexpensive or rather free method to increase the current capability of a trace, and a path can have its solder mask removed, which then exposes the copper underneath. Then additional solder can be added onto the trail, which will increase its thickness and bulk and lower resistance.

It will then allow more current to be carried by that trace without increasing the trace width or paying extra for additional copper thickness.

Individual components, such as large FPGAs and Processors, have extensive current requirements and many power pins. They also often come in BGA and LGA packages.

A trick to get enough current to them quickly is to have square polygon pours right under the chip and then having Vias drop down and connecting to them. You can then click the polygon pour to a thick power traces.

If you run out of space for thick traces on the outer layers, it's often an excellent approach to have a solid fill in an internal layer and then using vias to connect to high current devices on outer layers.

In specific applications such as high power inverters and electric automobiles, the current can often be 100A or more. In such cases, it becomes pointless to use traces.

A common practice here is to use solderable copper bus bars that solder onto a PCB's pads and then carry most of the high current. Since the bars are much thicker than traces on a PCB, they can easily take an order of magnitude larger draft than regular hints while having around the same width.