Cart ()
Sign in | Join
New here? Get $30
Home > PCB Knowledge > How to Test a PCB Capacitor with 3 Effective Tips for Beginners？

PCBs can behave like capacitors because a capacitor can be made up of 2 metal objects separated by a non-dielectric material. So the combination of PCB tracks, pads, components, and pins should form a capacitor capable of destabilizing frequency oscillation. Also, closely ground planes and power provide the required decoupling capacitance. It is possible to use capacitors on the edge of your PCB; all you need are two copper planes to act as capacitors.

We can then have discrete capacitors alongside the PCBs capacitor, which may serve as lumped capacitors that you can use to create a distribution system for your design. If you are going to learn more information of PCB Capacitor, please check and read the content below in this passage. 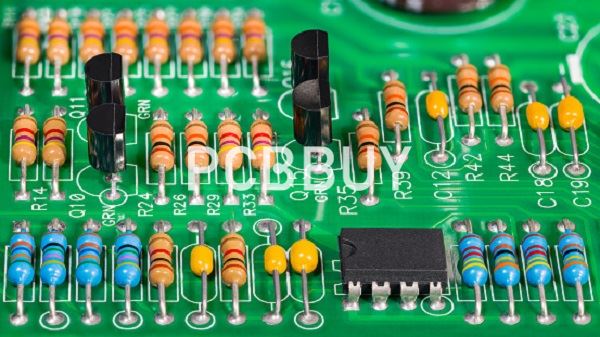 1.     What is the basic information of PCB Capacitor?

In a way, capacitor can be thought of as small battery. However, the working between both of these is quite different, batteries and capacitors store electrical energy. If you've read about the work of batteries, you'll know that two terminals are present in the battery. Inside battery, electrons are produced on a single terminal through chemical reactions and then they get absorbed on other terminal.

Compared to a battery, the capacitor is quite simple, as it does not produce new electrons, but it only stores them. Here, we'll learn what is a PCB capacitor, what it does and how it can be used in electronics. Inside the capacitor, the terminals are able to connect two metal plates that are separated through non-conducting, or dielectric substance. It is simple to make capacitor from two aluminum foil pieces along with a piece of paper. It isn't a good capacitor for the storage capacity but it works fine.

Many types of capacitors are out there, and each of these is available with certain features or drawbacks making it better for a few applications compared to others.

These are among the most common capacitors out there. In size and capacitance these are quite small. Ceramic capacitors larger than 10&#2013265922;F are not easily available. Surface mounted ceramic cap can commonly be found in tiny 0402, 0603 or 0805. Through-hole caps generally appear similar to small bulbs, with 2 protruding terminals.

When you're looking for capacitors that are made for storing energy, you don't have to look further than super capacitors. All these caps are designed uniquely to have higher capacitances, in farads range.

More than 80% capacitor types are ceramic and electrolytic capacitors, and super capactiors are only at around 2% usage, but they're good!). Another common type of capacitor is film capacitor, which can feature parasitic losses (ESR) for making them deal with high current.

Capacitors are well-known passive components found in circuits. They are similar to the resistors. Capacitors help in storing electrical charge. They also offer different options. This depends on the design of a circuit. The capacitance has to do with the measure of the energy or charge, which can be carried by the capacitor.

The measurement of capacitance is in Farads. This unit is a fairly large one. This is why it is used generally in microfarads or picofarads. Also, capacitors may also be non-electrolytic or electrolytic. The former may be connected in whatever direction possible in the circuit. For the electrolytic capacitors, you have to install them on the circuit in the right orientation. One of the leads is positive, while the other is negative. The placing of the electrolytic capacitors may not allow your circuits to perform properly. It may even make them pop.

Capacitors may have different applications. One of their critical roles can be found in digital electronics. Here, they protect the microchips from any noise. Due to the fact that the whole charge they carry can be dumped quickly, often they are utilized in lasers and flashes coupled with capacitive sensing and circuit devices. Circuits having capacitors usually display behaviors that are dependent on frequency. This is why they can be utilized on circuits, which amplifies some frequencies.

You can add capacitors either in parallel or in series, just like resistors. However, the calculation is the direct opposite of that of the resistors. The connection of components in series has one node in common. Also, both nodes are shared anytime the connection is in parallel. The resistors connected in series should be added together, if you want to get the total value of the resistance. Also, capacitors having parallel connection should be added, if you need the total value of the capacitance.