How to Understand FPGA PCB Design Guidelines for Manufacturing?

I’ll assume you have a rough idea of what external parts you need, as they will be highly dependant on what you are trying to accomplish with your design. In addition to design-specific information, there are a few standards external requirements such as programming interface, communications, and power. This article will briefly cover some of these external requirements, but the concentration of this article is how to physically lay-out the FPGA board at a reasonable cost.

Are you going to learn more knowledge of FPGA PCB design? If you are curious about the FPGA PCB design and need the guideline, please check and read the content below in this passage. 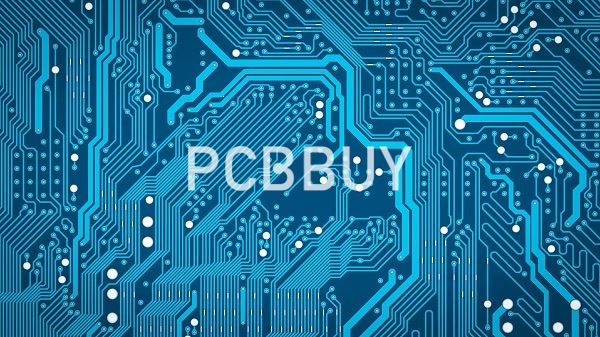 What are the considerations of FPGA PCB design?

Assuming this design will be either a prototype run or possibly a small production run, it makes sense to design your PCB with specific requirements in mind to keep costs reasonable. The two PCB specifications you are most commonly told are the minimum “trace/space” (that is, minimum width of a trace, and minimum spacing between copper features), and the minimum drill size.

As I mentioned in my previous article, I’m often using an overseas PCB fab at 3pcb.com, although many other options are worth trying. They offer a variety of trace/space and drill size options, so I’ll target a 5 mil space/trace with 0.2 mm drill.

How to design FPGA PCB?

When the goal is first-time success, high quality, and minimal debug effort, design teams must consider a laundry list of items—a list that is especially long for FPGA-based systems. Today, this means a great deal of busy work and attention to minute details. The problems inherent in FPGA-based system designs can be classified into the following categories:

1.       Functional – issues that cause the design to not work functionally. For example, if a clock to the FPGA is not coming in through a clock pin specified by the FPGA vendor, the clock cannot be distributed with a reasonable skew, and hence the design will fail to function.

2.       Electrical – electrical issues that again cause the board to not work. If a 3.3 V LVTTL signal is connected to an FPGA bank that has a 1.8 V voltage rail, the signal will not function electrically, and so the design will fail.

3.       Marginal – issues that allow the board to work most of the time (but cannot be guaranteed to work all of the time). For example, if a clock is connected to a non-clock pin in the FPGA, it cannot be correctly distributed within the FPGA. When this happens, the design may not work at some frequencies, though it may work at certain other frequencies.

Some of the electrical and functional issues require a re-spin of the board. Some of these may be rectified with ‘green wires’ (or wires of your favorite color), but may make the board less robust. Such fixes typically require a re-spin before the board is production worthy. Marginal issues are not only harder to find, but are harder to debug and fix as well. More importantly, the marginal issues are the ones that could show up at a customer site—which makes it critical to put more emphasis on avoiding these

What are the applications of FPGA PCB?

The Altera series FPGA boards are a multiuser, multi-threaded design suited for many markets such as enterprise automation, digital signal processing, and cyber security. These series include FPGA devices with a comprehensive range of I/O expansion for processor-intensive applications. They include:

If you need a compact, powerful FPGA for various engineering applications in various industry sectors, this is your board. FPGA boards are helpful in many different applications, including embedded system design and video processing.

How to program FPGA PCB?

FPGA is programmable because it is made up of an array of logic blocks that are programmable.

These blocks are connected through a hierarchy of interconnects that are reconfigurable and hence allow the blocks to be connected.

This is analogous to many logic gates that can be wired in multiple configurations.

The logical blocks of FPGA can be configured in multiple ways so that they can perform complex functions or simple logic gates like XOR and AND etc.

Most of the FPGA logic blocks also have memory.0 elements like flip flops or complete memory blocks.

Then why FPGA is reprogrammable?

The FPGAs can be reprogrammed for the implementation of a different logic function. It allows reconfigurable computing which is flexible.

The FPGAs have the ability to start the development of system software along with the hardware, which makes them suitable for use in embedded systems development.

The concurrent development of hardware and software enables the simulations of system performance at a very early phase.

The basic FPGA architecture is made up of thousands of basic elements called configurable logic blocks (CLBs).

The CLBs are enclosed by a set of programmable interconnects known as the fabrics.

They route the signals between CLBs, I/O blocks help in the interfacing of FPGAs and other external devices.

FPGAs have a lookup table.

The look-up table stores a group of logical outputs for all possible combinations of inputs.

Lookup tables with four to six inputs are used mostly.

The arrangement and number of components in any CLBs vary with respect to the device.

The current generation of FPGAs consists of complex CLBs that are capable of multiple operations with a single block only.

The CLBs can also combine complex operations like registers, multipliers, counters, and some DSP functions.

The higher-function devices include functional blocks that are devoted to exact functions.

These blocks can be implemented using the CLBs or can be developed as independent circuits.

The high-level FPGAs family consists of the complex system on Chip parts.

They integrate the hard IP, FPGA architecture, and a CPU core in a single component.