What Is the EMI EMC Standard in PCB Design?

Although the current level of semiconductor integration is getting higher and higher, many applications also have system-on-chips available at any time, and many powerful and out-of-the-box development boards are also more and more easily available, but many use cases in electronic products The application still needs to use a custom PCB. In one-time development, even an ordinary PCB can play a very important role. PCB is the physical platform for design and the most flexible part for electronic system design of original components.

In this passage, we will provide you all the information of EMI EMC standard in PCB design process, please check and read the content below in this passage. 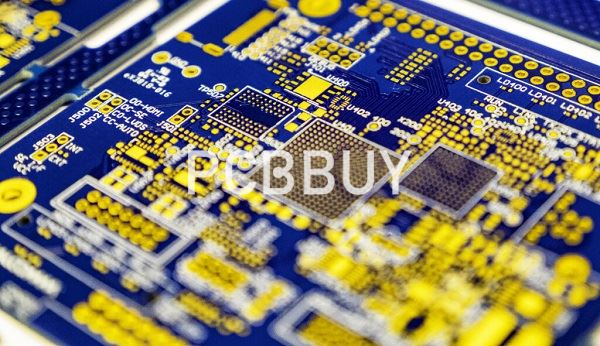 What are PCB EMC and EMI?

EMI refers to the negative effects or disruption of electromagnetic waves to one device from other devices or natural sources. EMI is also called electromagnetic noise. Every PCB designer tries to follow EMC configuration standards to keep the total amount of EMI and its effects to a minimum.

What are EMC/EMI standards for PCB design?

Conformance to industry standards is not a legal matter, but is rather more of an industry-specific matter to ensure uniformity and interoperability among electronic equipment deployed in specific industries. Effectively, industry EMC standards play the same role as other industry standards on manufacturing, assembly, performance, etc. The major industry standards organizations, including IEC, ISO, SAE, IEEE, and CISPR, also defined a number of standards geared towards specific applications or industries. While IEC and CISPR standards are enforced in Europe, IEEE standards are more popular in the U.S. In particular, the IEEE standards forms the basis for antenna calibration tests. The U.S. military defines its own MIL-STD EMC requirements, which are among the most stringent standards worldwide.

What Is the difference between EMC and EMI?

Most PCBAs are not the only electronic or electrical devices within a product. Therefore, before we drill down into single-board EMI concerns, it is helpful to have a macro or system-level understanding of the EMI issue. Just as electromagnetic energy emanates from a single component, conductor, or trace, it also radiates from the board itself into the environment; if you haven’t before, place a gauss meter close to a PCB and you will get a reading. When multiple boards are in close proximity, it becomes important to achieve electromagnetic compatibility or EMC.

EMC can be thought of as achieving an acceptable harmony or balance between electromagnetic elements so that the amount of interference is minimal or at least low enough not to significantly hamper normal operation. Unfortunately, the elimination of all EMI is not yet possible; however, obtaining EMC is. EMI, which is actually any interference from an electromagnetic source, is typically referring to interference on a single PCBA. This categorization is sufficient for investigating the issue, as the minimization of EMI on and from a circuit board contributes to the EMC of the environment in which the board operates.

What are PCB design techniques to prevent EMI?

There are a number of different design techniques to control electromagnetic interference on your PCB design in order to make it compatible with medical equipment standards. Some of these include the following:

·  Multilayer stackups: To best shield your high speed transmission lines, a stripline layer configuration in a multilayer board is preferred. By routing your sensitive traces between ground planes, you will be able to reduce the potential for broadside crosstalk to signals on other layers, and restrict emissions from radiating from the routing.

·  Bypass caps: Place these capacitors close to every power pin on the active components of your circuit board. These caps buffer current for the ICs that are switching, which reduces their need to pull current in rapid spikes from across the board.

·  Isolate different circuitry: It is important to maintain a separation between analog and digital circuitry to keep one from influencing the other. You will also want to make sure that each area of circuitry has its own dedicated ground plane. These grounds can be joined together all at one point, but you want to minimize any chance that digital return paths end up crossing through an analog ground plane.

·  Minimize trace lengths: Long looping traces may inadvertently create antennas that could radiate noise. It is also important for signal integrity to keep your entire signal path as short as possible from the driver, through its components, and ending at its termination. You can’t avoid lengthening traces on signals that have to match their lengths, but keep all the other traces as short as possible.